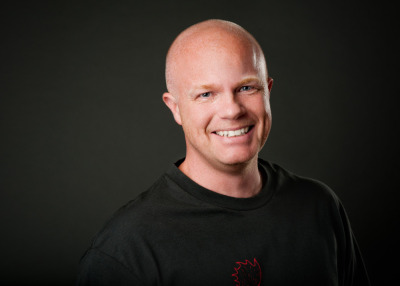 Off and on, I’ve been an audio engineer since I was a teenager. But I started mastering seriously this year, and I now have quite a few projects under my belt.

I thought it would be interesting to share some of my thoughts at this fairly early stage of what is a fascinating journey.

First, what are the biggest problems I find myself dealing with in the music that comes across my doorstep?

First and foremost is probably harsh midrange. This is an especially thorny problem because a lot of artists hear their music’s “raw energy” as living in the midrange, and they may feel they’re missing something when I take steps to lessen the harshness that typically focuses around 3,000 hertz. Sometimes, I feel, artists have been listening to their own music for so long that they often lose perspective on harsh midrange. I want their fans to be able to turn the music up and “jam it” without hurting their ears. I also want every song—even punk songs!—to be listenable. A jagged, uneven midrange makes music hard to listen to, and impossible to turn up! Sometimes there’s harshness in the sibilance range—where singers’ esses dwell. I will typically try to “de-ess” a mix when this happens, but it’s better if the mix engineer does it! This leaves my hands less tied.

Second is that songs often arrive already mastered. Artists are commonly—almost always, actually—strapping compressors and eqs across their master output buses. And they’re not just adding a little touch of compression and eq. They’re being very aggressive! More aggressive than I would, usually. Songs can arrive already squashed to death and brittle on the top end. So I sometimes find myself trying to “unmaster” songs a little, to breathe a little life back into them. There’s only so much I can do in this case! I find myself using less compression than I ever imagined I’d use. When people ask what mastering is, the short answer is “eq and compression,” but I compress mixes less than half the time. They’re usually already compressed, and I usually think adding compression harms the final product. I try compression all the time! But more than half the time, I decide it’s not helping.

Third is an overabundance of lower midrange, or upper bass. I find myself constantly trying to “shift the bass energy” toward lower frequencies, between 50 and 100 hertz, and away from the range between 140 and 250 hertz. Whereas artists tend to be a little unaware of harshness in their midrange, they seem quite well aware of this problem, and frequently ask me to tighten their bass, while “still leaving the bass round.”

Fourth is “too much crispness.” I think many amateur engineers are afraid that, if they ever use an equalizer to cut high end, they’ll dull their music. So we engineers are always “adding air” to try to make our recordings sound “more open.” But actually, we end up making them sound crisp and, well, cheap and “digital.” This problem is pretty easy to handle, though. You just have to be willing to turn DOWN some of that high frequency! That takes guts, and you have to be very careful about which songs you do this to, but it can really warm things up.

I find that one of the myths I believed in—but which I now realize is not true—is that you always want a song to get brighter in mastering. I probably do something OTHER than brighten a song about half the time.

I am finding that I love doing this job. What do I love about mastering? I love the variety of people and music I get to work with. Whereas producing bands, and mixing bands, you work with a single artist for weeks at a time, in mastering you work with each artist for a day, or a few days. I absolutely love musicians. The variety means this job never gets old.

A few other observations: Mastering is a job of constant compromise. Whenever I make a change to a mix, it’s usually aimed at correcting some part of the mix that I perceive to be slightly problematic. But it can affect other aspects of the mix that may not be problematic!

One of the most common places this occurs is in the lower midrange. It’s extremely common for a mix to arrive at my desk with too much lower midrange (180 hertz, give or take a few) in the bass guitar, but with thin, edgy vocals. This is a huge problem, because the fundamental frequencies of vocals can reach down to 180 hertz and below—so if I simply use an eq to take out low midrange, I may get rid of some of the tubbiness of the bass guitar, but at a cost to the beauty of the vocals—which could possibly use a little extra lower midrange themselves!

Destroying the beauty of the lead vocal is just about the worst thing I can do as a mastering engineer. “Do no harm” is probably a good first principle of mastering, and the lead vocal is usually the most precious component of a mix.

Wrestling with this tension between too much lower midrange in the bass guitar and too little of it in the vocals sometimes seems like it occupies half my time!

One way to make sure this doesn’t happen to your mix is to send your mastering engineer stems—such as one mix of the entire song without lead vocals, and one mix that contains only the lead vocals the their effects. Then, I can master the two things separately, dealing with any tubbiness in the track without affecting the warmth of the lead vocal.

Another approach is, when mixing, to make sure you’ve got enough warm lower midrange in your vocal. I think many amateur mixers enjoy a vocal that “cuts through,” but in mixing, I’d recommend going for balance with a vocal rather than “cutting through,” and then, if you like a big bottom, let your bass guitar’s energy find its focus below 100 hertz rather than around 180 hertz.

These days people are listening to a lot of music in cars, and cars seem to resonate around 180 hertz. Amateur mixes often sound a little tubby there, so if you drain your bass guitar of energy in that range, I won’t have to play tug-of-war between the bass and the vocal when it comes across my desk.

I generally think I take a very conservative approach to mastering. I don’t like radically changing an artist’s work. And I never, ever want anyone to hear artifacts of my work. Nobody should say, “Wow, the mastering engineer really cranked this or that knob.” It should sound natural, and listenable, and beautiful, no matter the style. I have a short checklist of things I try to make sure I do when I master:

First, I try to get the bass right. If it’s tubby and sounds woofy in an enclosed space like a car, it’s going to be annoying to the artist (and their listeners). I know, because I’ve gotten back product from mastering engineers multiple times, and they have often left my bass too tubby! I’m actually amazed how little attention other mastering engineers pay to this. They’re listening on beautiful, pristine speakers that don’t reveal this problem. My own mastering speakers make it hard to hear an overabundance of lower midrange, but we artists know this problem exists! I think the elite mix engineers are usually dealing with this before it reaches the mastering desk. This may be why tubbiness is seldom a problem with big-budget product. But with amateur product, it’s a frequent problem, so I work hard to get the bass right.

Second, I try to make sure the vocal sounds great. If it already sounds great before I begin, it’s my job to preserve that, no matter what other changes I make. If it doesn’t sound great (usually it’s too edgy and crisp), I try to warm it up.

Third, I try to make the music sound simultaneously exciting and energetic, and yet beautiful and pleasant in the midrange and upper midrange. If it’s harsh and unpleasant to listen to, I haven’t done my job—but if it’s dull and lifeless, I’ve also failed. These two goals live in constant tension with each other, but I have my methods!

Fourth, I try not to leave an obvious footprint. It has to sound natural, and if you can hear evidence that I’ve been poking around inside your song, I’ve failed. I’d rather music sound harsh than sound overprocessed.

Finally, on multi-song projects I try to make sure the different songs on an album hang together, while allowing each to retain its own personality. I don’t try to completely match the frequency profile of every last song on an album, as this would force me to deliberately make some songs sound worse, but I try to help them “live together.”

I have lots of other things I do, but these are the major items on my checklist!

OK, so I have to get back to work, believe it or not. I have more mastering to do!

2,385 thoughts on “My Life as a Mastering Engineer”